This popular song is about a great snake, the Python. There are very many versions of the story, from being a snake who helped a woman give birth when she went into labour whilst alone in the forest, to a snake that swallowed a whole village when in danger from drought/marauding armies and released them into a wonderful land of bounty, and to a yet another story about an evil snake.

We consider it to be a level 3 to level 5 tutorial.  Although plenty of absolute beginners have bought it and enjoyed learning with it, we would not suggest this as your sole tutorial as a beginner.  There is a lot of learning material here, including material within it which will challenge existing players.

Included is a downloadable mp3 audio file of Adam playing the full song. Plus there is our Introduction to the Tutorials video, which is also available on YouTube.

All downloads are received via a link sent to you by email once payment has been received. 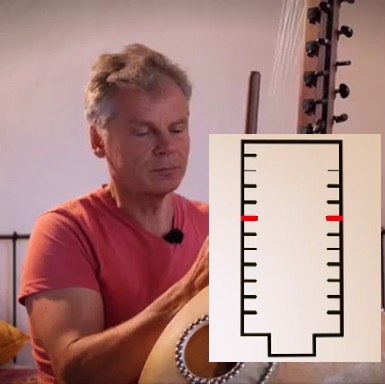